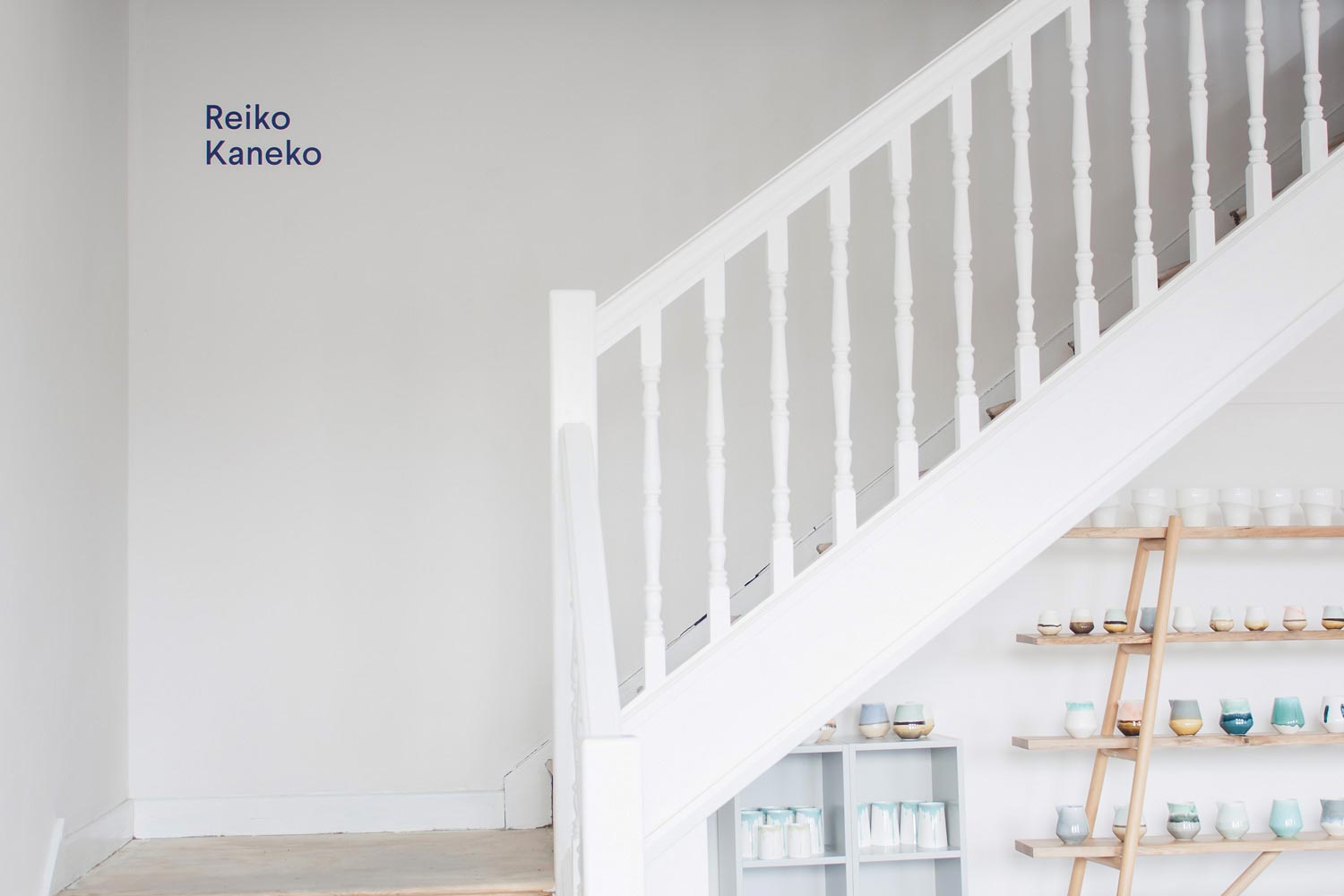 Reiko’s workshop smells like clay. It is a wonderful smell, thick in the air, earthy and with a hint of sweetness. It smells like things getting made, like craft. Since moving to Stoke-on-Trent in 2012, Reiko and her studio have developed a wide range of english fine bone china products. She is stocked by design brand SCP, and has been exhibited widely, including Maison et Objet in Paris and the Milan Furniture Fair. Reiko engaged Studio Constantine to redesign her visual identity, in order to reflect her place at the forefront of her field.

Studio Constantine looked at the history of maker’s marks on British and Japanese ceramics, understanding the language of gestures, symbols and colours. We created a contemporary maker’s mark for Reiko, composed of three classic elements of the genre; the maker’s initials, a heraldic device (in this case, doubling as a vessel), and the product’s place of origin. Historical in composition, but modern and stark in execution.

The maker’s mark is paired with a more formal, purely typographic set of ‘Reiko Kaneko’ in a sans typeface. They can be used separately or in tandem. The blue colour, meanwhile, makes a reference to backstamps in both Britain and Japan, and has further associations with blue and white Japanese ceramics exported to Europe during the 19th century. The main colour is supported with a palette of neutral tones taken from different clays. 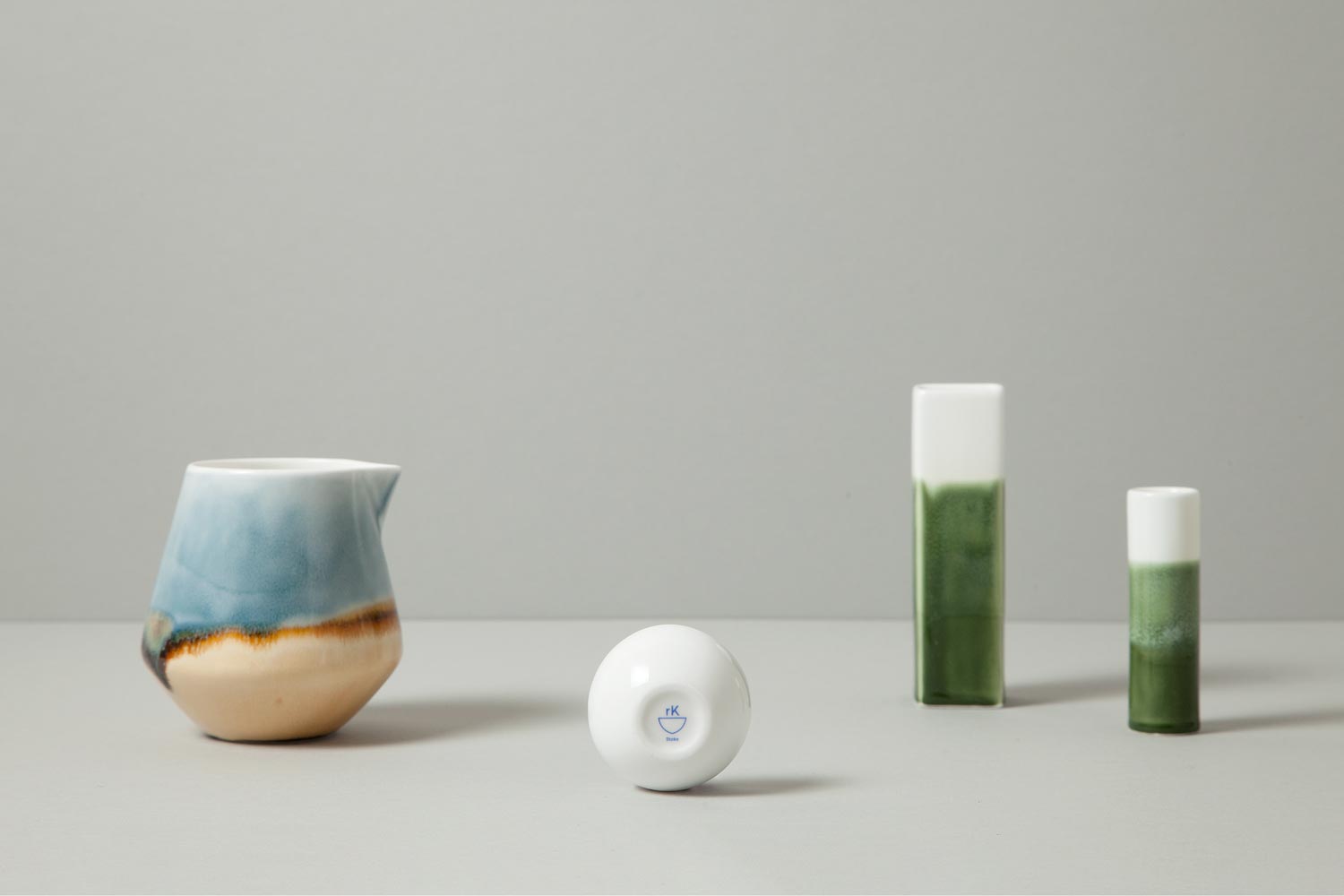 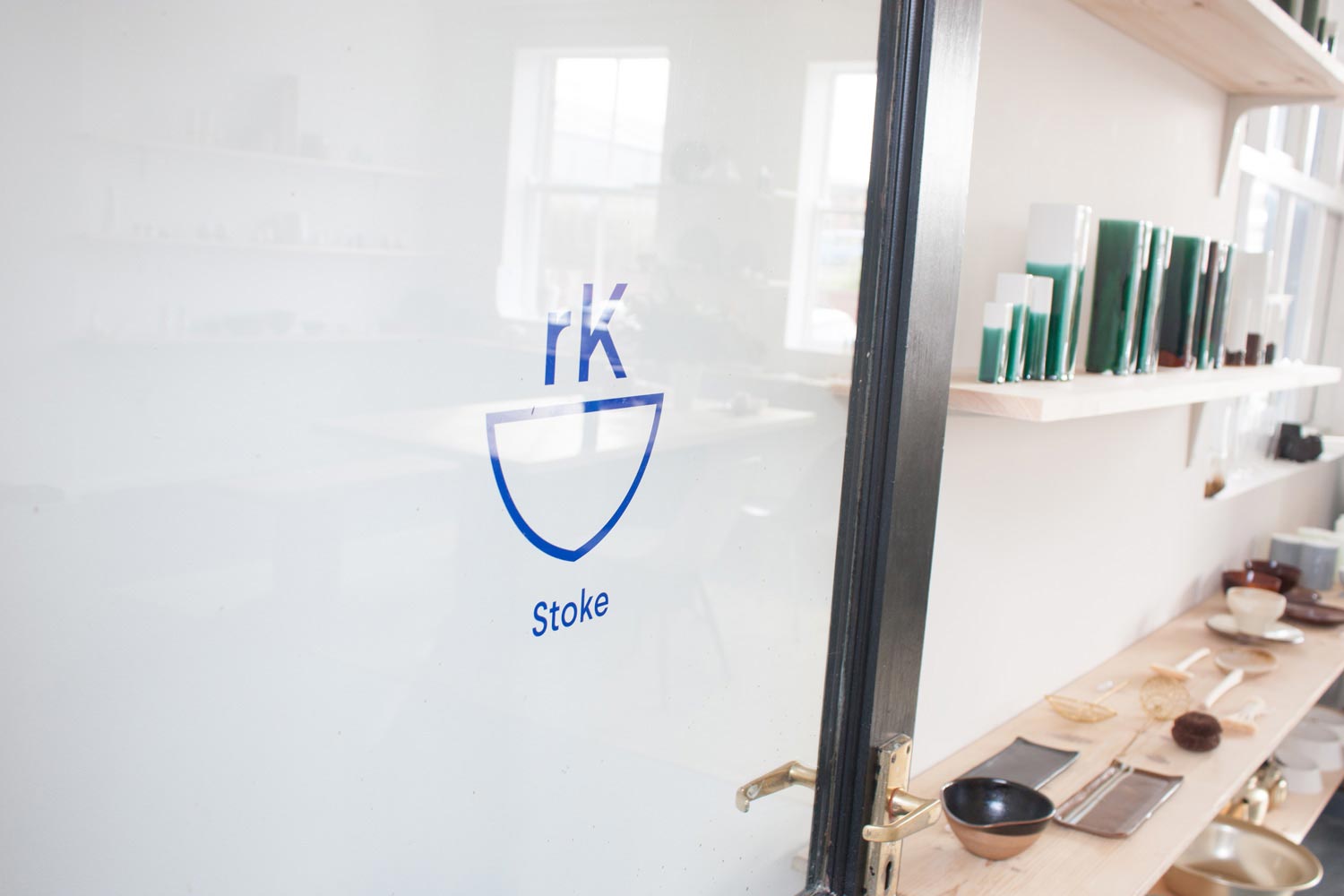 The visual identity system was applied in several stages across Reiko’s range of products, packaging, website and studio showroom. The identity has proved extremely durable, able to be read well at miniature scale, fired onto Jewellery and egg-cups, and scaled right up to window graphics and posters.

The work has been well received, and recognised in the UK design press through ‘Design Week’. Since the delivery of the new identity Reiko has commissioned Studio Constantine to work on studio communications materials, stationery and brochureware, most notably materials for her exhibition ‘Exploring Glaze’ held at London Design Festival 2015. 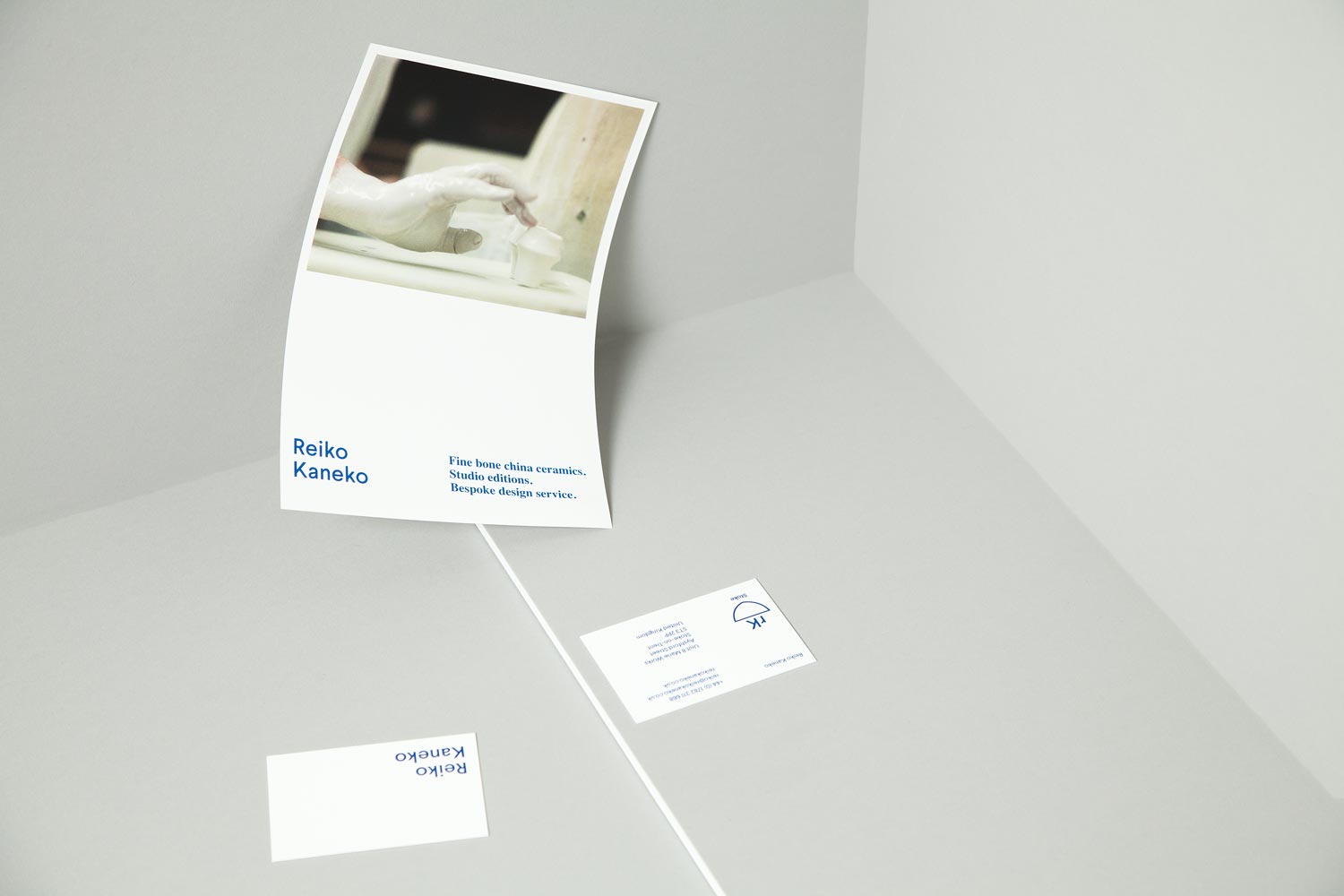 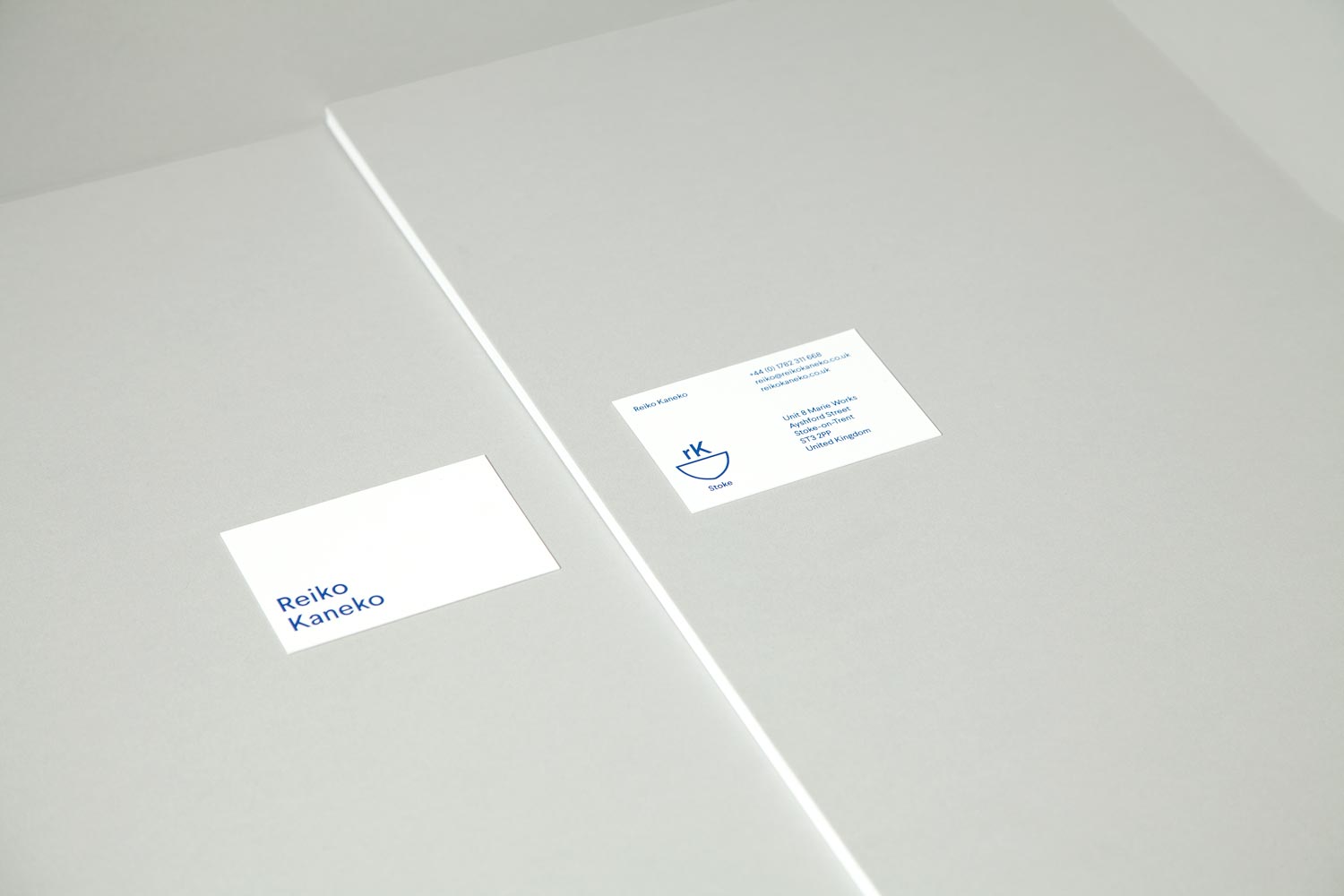 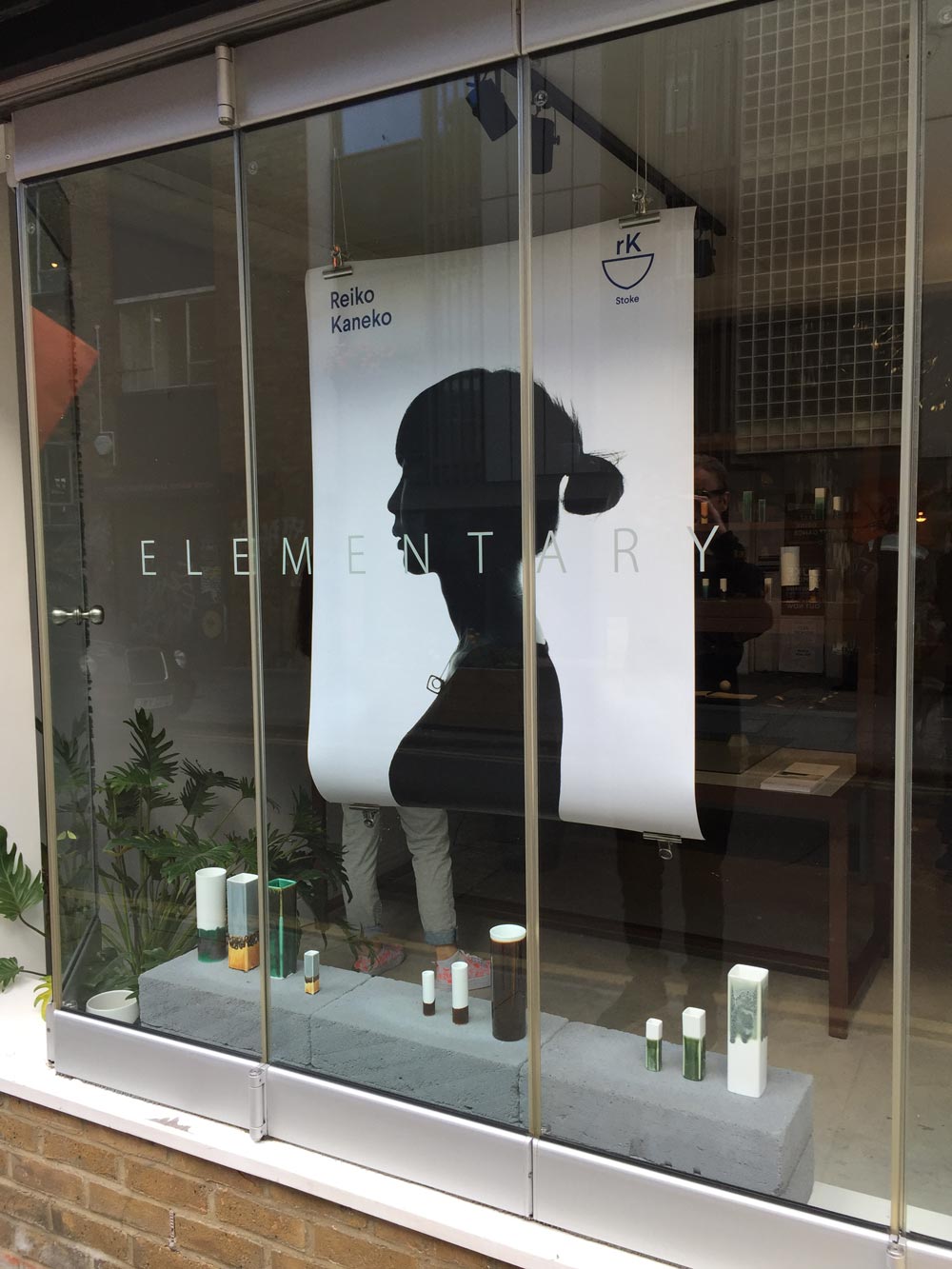